What are you looking for?

Enough with the Fantasy! Let's get stuck into some good old-fashioned cyberpunk! A world where technology has overtaken humanity, where faceless corporations rule mankind, where- oh that's pretty much today's world. Still there's always room for a fresh take on the 80s mohawks and keyboards genre. This particular little ditty is >Observer_ which boasts of being a cyberpunk horror game where the main character is voiced by Rutger Hauer. 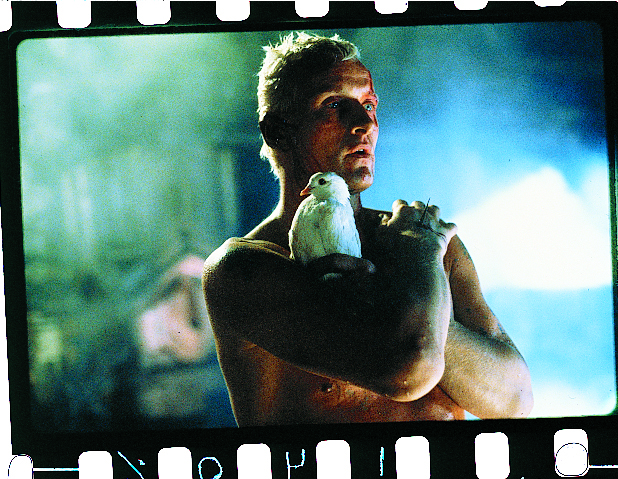 Right yes, we'll get to that but first let's talk about the game.

There's not much to the gameplay. As a detective who can enter people's minds you amble around an old tenement, talking to people and piecing together the mystery. The dream segments can get dangerous but there's otherwise no threat other than your own fear. The game is fairly short so as not to overstay its welcome and focuses mostly on atmosphere. This is where it does well. Right from the beginning you're immersed in a truly cyberpunk world where humanity has succumbed to its own apathetic darkness. Technology is scattered amongst the poor like a set of crutches, letting the little people escape their miseries. You can lick the dirt off the filth encrusted neon lamps. The voicework is not incredible but does its job. Rutger Hauer is the big selling point and he sounds beaten down and tired. Only in some places he falls flat, lacking the emotion he was able to inject into, say, Blade Runner. This is excusable considering the size of the production, they probably lacked the experienced voice direction needed. No other voices felt out of place.

Then there's the horror side of this cyberpunk horror. This exists both in the world you explore and the dream sequences where reality really breaks down. However at least for me, the real horror came about in the exploring the tenement, wincing at the old building's groans. The sequences where you explore people's minds were novel at first but some grew overlong and relied too heavily on cuts and scares. They didn't ruin the atmosphere of foreboding but they danced on the edge of going overboard. However their worst crime for me was an issue I've raised before, they developed characters who were already dead. The problem with developing dead characters is that it amounts to exposition. You're told about what this character was like rather than given the opportunity to see them in interaction. What we're shown of the characters is mostly incidental to the plot, we're only interested in how they died, so the rest is superfluous.

This tiring out of novelty is compounded by the lack of interaction between the world built, the story ongoing and the gameplay. All that wandering around doesn't really serve much of a purpose to the plot, nor does it provide more game to negotiate. There's little real detective work because finding clues doesn't offer much beyond their immediate commentary. Nor do you get to interrogate suspects much, most are just straight conversations. Discworld Noir provided a far deeper detective game, with clues playing off objects playing off interrogating characters.

Ultimately after a promising set-up and initial tour of the building >Observer_ lacks the depth or complexity to provide follow-through. The cyberpunk becomes a coat of paint on a hallway with a few jump scares along the way. The limitations of the producers' ambition is evident wherever the paint peels off. The game is on a knife edge between being a worthy addition to the genre and being a bingo card selling on name recognition. I can't really say which way it falls, perhaps a further addition to its world could tip the scales.